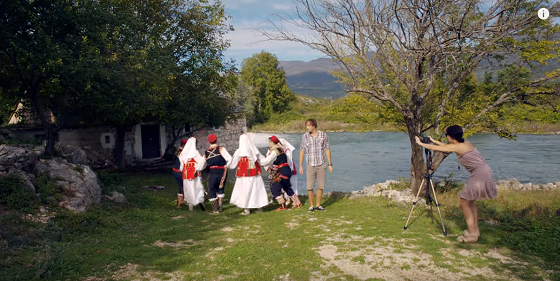 How much do you know about the undiscovered beauty of the Dalmatian hinterland?

Just half an hour from the beach lies a totally different tourism experience along the road less travelled, a road of history, heritage, tradition and some of the most spectacular nature in all Europe.

Take a tour with the official Central Dalmatia Tourist Board YouTube channel into the heart of inland Dalmatia, to discover rich traditions such as the Sinj Alka knights tournament, historic treasures such as the Roman garrison in Trilj, natural wonders such as the Red and Blue Lakes of Imotska, political curiosities such as the Poljica Republic in the hills high above Omis, a region of fortresses such as the one overlooking Vrlika, an adventure tourism playground which includes kayaking on Lake Peruca and white-water rafting on River Cetina, and of course, some of the fine traditional cuisine and indigenous wines of the region.

One of the last remaining truly outstanding and relatively unexplored tourism regions of Europe, inland Dalmatia has a surprise and a story at every turn. Take an introductory tour in the official video below, which has already been viewed more than 2 million times.