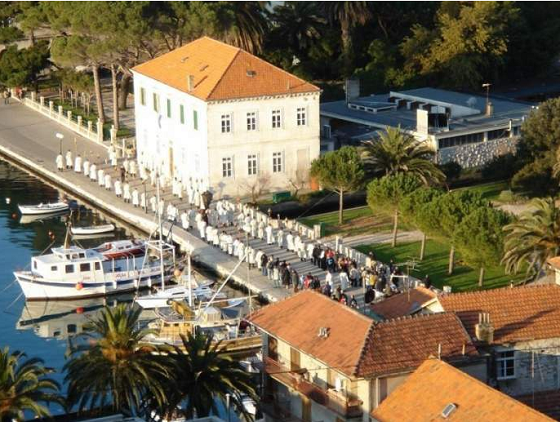 One of the most important events on the Hvar calendar for local people takes place in six settlements on the Thursday before Easter. At 10pm that evening, a crossbearer from each of the towns and villags of Jelsa, Pitve, Vrisnik, Svirce, Vrbanj and Vrboska leads his acolytes and pilgrims on a 22km nighttime procession through the other five settlements, before returning to his point of origin at around 7am the next morning.

It is a deeply religious event, and one which has been taking place for over 500 years, and in 2009, it was inscribed as intangible UNESCO heritage. While not a tourist event, Holy Week and Easter is a fascinating time to visit Jelsa, as extended families return for the important religious weekend.

Being the sunniest island, the weather is often glorious, as was the case last year when Vatican TV 2000 came to film the event. The result? A wonderful general promotion of Hvar out of season, which you can see below. To learn more about Jelsa as a destination, click here.