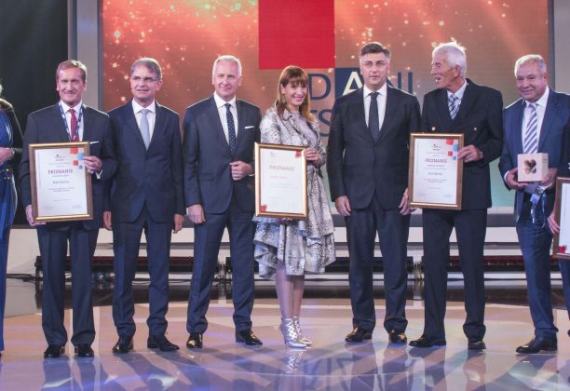 It is official, and something we have known for quite some time – Split is the absolute champion of Croatian tourism for 2017!

The annual awards at Days of Croatian Tourism in Losinj crowned Split as the best destination of all, a fitting crown as we end another bumper year for the Dalmatian capital.

“This award is an acknowledgement to everyone that is a part of Split’s tourist product. The most successful hotel managers, charterers, our guide Dino, the girls from the Tourist and Catering and Art School and the legendary Ante Mrvica, received awards confirming the excellence they have built into this championship title of Split.

This is an award for the thousands of valuable and creative Split people who built Split’s tourism success. It would not have been possible without the helpful receptionists, security guards, maidens, chefs and beach workers, cleaners, commuters, drivers, sailors, doctors and medical surgeons, and especially the police officers and firefighters who defended the city so that no guest left.

Our city is at a turning point, and the award comes at the right moment as confirmation of our effort to create a framework for new success by a strategic approach and decisive enforcement of order and legality. Split is an excellent city that, with its position in the development of Dalmatia and the south of Croatia, it has the role of the engine, which everyone recognizes today,” said the Split Mayor.

Congratulations to Split! To learn more about the champion of Croatian tourism, click here.