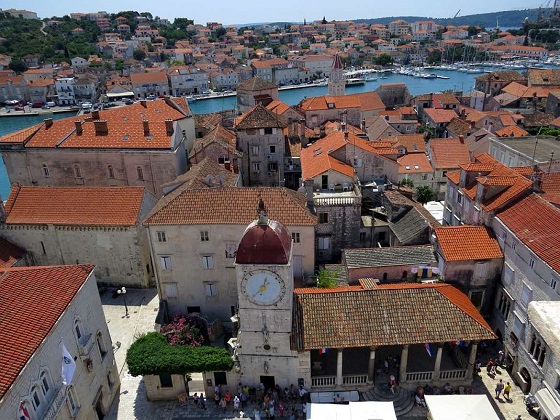 As tourism grows in Central Dalmatia, so too does the investment in infrastructure. Headline investments such as the new Split Airport terminal have had a very positive impact on tourism in the region, but there is also plenty going on along the gorgeous Central Dalmatian coast, with several destinations – Kastela, Trogir, Omis and Tucepi – receiving combined grants worth some 8.5 million kuna to develop their coastline.

“It is well known that our County manages one-third of the total maritime domain of the Republic of Croatia. It was not easy to do all the preparatory work because only projects that have been awarded a building permit were financed, and the projects were co-financed in the ratio of half of Split-Dalmatia County, half of the units of local self-government. In this way, together with the local self-government units, we will change the overall view of our coastal towns. Therefore, let the contracts signed today be an incentive for other local communities to participate in such county competitions,” said Blazenko Boban.

Stipe Cogelja, Head of the Maritime and Tourism Managing Board, emphasised that the County has already prepared all the relevant strategic documents for beach management, from the Tourism Capacity Plan to the Beach Management Plan, and announced the development of the Integrated Coastal Zone Management Plan foreseen by European Directives which only Sibenik-Knin County has so far.

“We are ready for a new EU financial perspective from 2021, to apply for even more funding for sustainable coastal zone management,” said Cogelja.