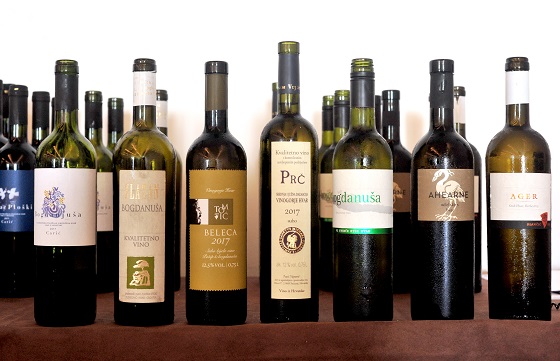 Authentic experiences are at the very heart of the best travel experiences, and nowhere is that more true than in Central Dalmatia.

Wine loves are often surprised about the quality of Dalmatian wine on their first visit, as they struggle to pronounce some unknown grape varieties. Not all the wines are unfamiliar to international palates, however – did you know that the original Zinfandel comes from vineyards in Kastela, just outside Split?

Can you imagine that three of the islands – Hvar, Solta and Vis – each have grape varieties specific to their own individual island? How authentic is that for a wine tasting experience.

Sail a little further south to the island of Vis, and swap your red wine tasting for white. For here, on the island which gave birth to cricket in mainland Europe over 200 years ago, a white grape called Vugava is the popular local refreshment.

But king of the indigenous varieties is undoubtedly Hvar. It most famous variety, a white called Bogdanusa, translates literally as ‘a gift from God’, but there are several others. Among them is a read called Darnekusa, which typically grows only above 400m sea level (leaving few planting options on an island whose peak is 621m) and a white called Prc. Other, almost extinct varieties such as Palaruza and Mekuja, can still be found among a handful of island winemakers.

Each Central Dalmatian island has its own identity and flavours – and its wines are no exception.

To learn more about the winemakers of Central Dalmatia, click here.

After a challenging 2020 and the vaccine here, cautious plans for a better summer in 2021 are being made, and airlines are preparing their schedules for what will hopefully be a much busier season.

Among them is Volotea, whose website is not showing no less than 10 routes to Split for the summer season, good news for our visitors in France, Greece and Italy.

Split – Athens from April 25 will run twice a week, every Wednesday and Sunday,

Split – Bordeaux from April 11 will operate once a week, and from June 2 twice a week, every Wednesday and Sunday,

Split – Lyon will operate twice a week from April 11, on Wednesdays and Sundays, and from July 6, the third flight will be added (Tuesdays),

Split – Marseille will be in operation from April 25 twice a week (Wednesdays and Sundays),

Split – Nantes from April 4 will run once, from April 28 twice a week, from July 6 three times (Tuesdays, Wednesdays, and Sundays),

Split – Nice from April 25 will operate once a week, from July 7 twice a week (Wednesdays and Sundays),

Split – Toulouse will operate twice a week from April 18, from July 6 three times a week (Tuesdays, Wednesdays, and Sundays),

Split – Bari will operate once a week from July 7, on Wednesdays,

Split – Palermo will operate from June 2 once a week, on Wednesdays,

Split – Venice will operate 4 times a week from May 28, on Mondays, Wednesdays, Fridays, and Sundays.

All lines to Split should run until October 10, except for the lines to Bari and Palermo, which should end slightly earlier – on October 6. 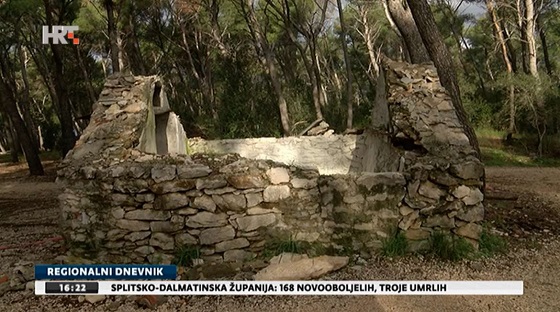 One of the parts of Central Dalmatia currently undergoing a transformation is Marjan Hill in Split.

Often described as the green lungs of the city, Marjan has long been a popular escape from the faster pace of life in the city, its forests and hiking trails offering tranquility and pristine nature. It is also become an ever-more popular adventure tourism destination, and rock climbing by its incredible rock churches is an outstanding adrenaline activity.

But Marjan, like the rest of this historic city, has plenty of heritage on offer as well, and work is progressing on restoring this to its former glory as part of the Marjan 2020 project. This includes the reconstruction and revitalisation of the Botanical Garden, a new observatory on the Saddle (Sedlo), new bike and hiking trails, trim trail renovation, and complete multimedia signage.

“This is a very extensive project, Marjan 2020 – the hill of the past, an oasis of the future, which provides for numerous activities, in fact, the restoration and addition of content within the Marjan Forest Park. We are renovating the training area, the children’s city, new walking and cycling trails will be built, the trim trails will be renovated, so we will renew a lot of these facilities through the project,” said Radojka Tomasevic, head of the International and European Projects Service of the City of Split.

Work is expected to be completed by the end of the year. Some things change, and some things stay the same…

One thing that has changed very little in over 300 years is an event in Sinj which takes place during the first weekend in August, an event which has taken place every year since 1715.

In that year, the heroic defenders of the town repulsed the Ottoman Turks after the Siege of Sinj, despite being greatly outnumbered. Their heroics are commemorated each year with the annual Alka tournament, which is the last knights tournament in Europe, and one which celebrates the brave Alka knights of Sinj.

It is a tradition which has changed little, as one can see from these rare video clips of previous Alka tournaments.

Want to learn more about Sinj and its amazing Alka tradition? Click here. 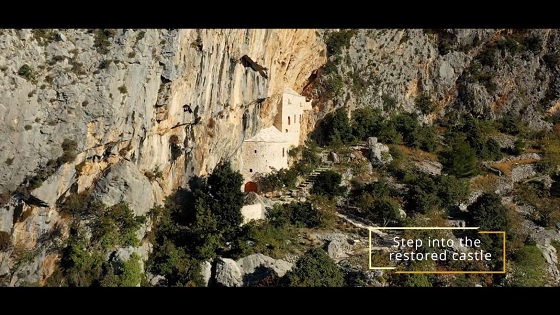 The Makarska Riviera is best known for its idyllic and seemingly endless pristine beaches, but there is plenty more to enjoy at Central Dalmatia’s most popular beach destination.

One great new addition is the Veliki Kastel Interpretation Center, which has quite a location! It is located in the multi-story fortress of the same name, which is a historical sensation of Podbiokovlje. The fort on the Biokovo cliffs was built during the Cretan War to provide shelter for the population during the conflict with the Ottomans. Today, its interior has been turned into a modern wonder that tells this beautiful region’s story.
The interpretation center is spread across several floors and is the central place for the interpretation and presentation of the cultural and natural heritage of the village of Kotišina. The modernly equipped interactive space is divided into three exhibition themes: archaeological, ethnological, and natural heritage. In the center, you can see the archeological exhibits found at the Kotišina site under the guidance of the Makarska City Museum. Through ethnological objects and stories, you can get to know the way and lifestyle of the local population in a fun and interactive way.
Check it out in the video above, and to learn more about Makarska, click here.