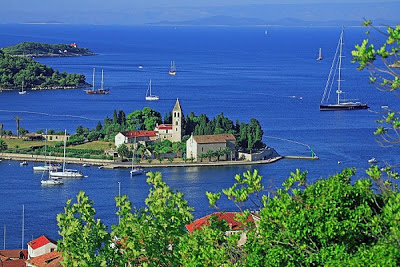 When the 2004 Croatian property boom took off, there was an explosion of international interest in property on the Dalmatian coast, with foreign buyers looking to pick up their dream holiday home or investment on the stunning Adriatic coast. Many of the buyers were British, and many headed to islands such as Hvar, Brac and Korcula, as well as the island of Vis, where the tradition of British visitors is strongest of all.

Arguably one of the most beautiful and fascinating of all the islands in Dalmatia, Vis has added attractions for visitors interested in British history and heritage, and there is much to explore from the legacies of previous generations of British visitors, from the historical to the quite remarkable.

Who would have thought, for instance, that the oldest cricket club in Europe outside the UK was on a tiny Dalmatian island that is not even the most accessible from the mainland? And yet it is true that in 2009 the Vis Cricket Club celebrated its 200th anniversary, as the culture of leather on willow hit a double century in years since the first official game on Vis in 1809. Read more about the incredible story of Vis cricket on the club’s website or listen to the story of the development of cricket in Croatia from humble Vis beginnings in the video below:

The man behind this curious sporting association was a certain Captain William Hoste (later Sir William) who was stationed on the strategic island of Vis by Nelson at the height of the Napoleonic Wars. His most famous feat was victory on August 13, 1811 over far superior Franco-Venetian forces at a battle in the Vis Channel, a victory that sealed his fame. One of the small islands in front of Vis town is named Host Island in his honour. 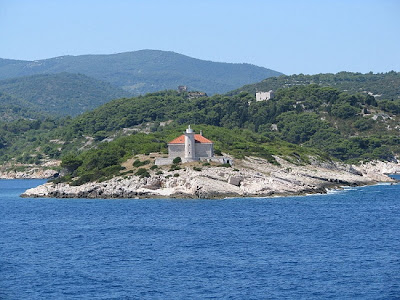 Given its strategic importance, Vis became a fortified island, and it has played an important role in various wars, in addition to the Hoste naval victory. The British and then the Austro-Hungarian empire fortified the island in the 19th century, and Tito used it as a major base during the Second World War.

The remains of the these fortresses still exist today, in varying states of disrepair, from the almost ruined Wellington Fortress to the more impressive and substantial King George Fortress. 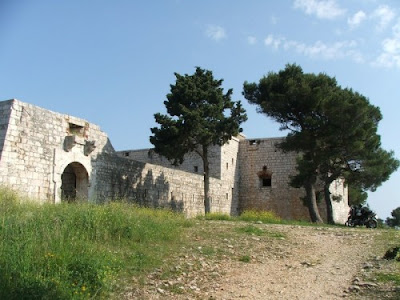 Vis played a crucial role in the Second World War for the Allies, and many British servicemen lost their lives in the struggles against the Nazis. Much of that is remembered with British war cemeteries, plaques, benches and the old air strip, all of which can be visited. For more pictures, click here. 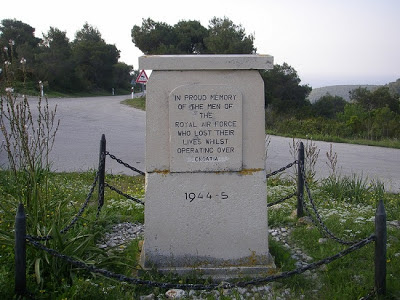 Vis also played a central role in one of the most fascinating and under-reported events of the Second World War – the evacuation of more than 25,000 civilians from the Dalmatian islands and mainland to a refugee camp in Egypt’s Sinai Desert called El Shatt. Vis was used as a staging post by the British to transfer the refugees to a base in Italy and then on to Egypt. An exhibition in the museum on Vis in the video below has exhibits of the time in El Shatt.

Vis has proved to be a popular place for tourists to visit, and the fascinating British history, combined with the submarine bases, natural treasures and rich history, make it an ideal holiday destination for relaxing and exploring.

There is just one more British connection with Vis, which occurred after the 2004 property boom, and has been little reported. On October 19, 2006, in a civil ceremony in London, Lord Nicholas Windsor, son of the Duke and Duchess of Kent, married Paola Doimi, whose father is from Vis and still has property there.

For more information about Vis and its rich history, visit the Vis Tourist Board website.