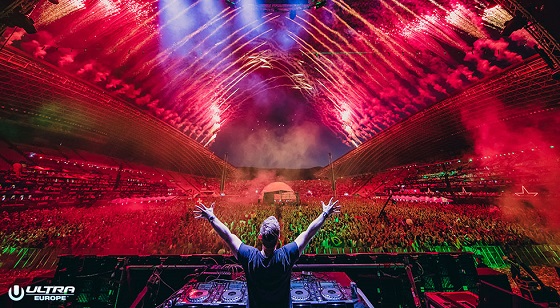 It has put Split, Hvar and Central Dalmatia on the global map as a music festival destination, bringing the beauty of the region into homes all over the world, and it seems that the Ultra Europe love affair with Central Europe is set to continue.

This year sees the fifth year of the electronic music festival, which is expected to attract some 150,000 people from 100 countries, and it was due to be the last event in the original five-year deal. The event organisers must be happy with their July home, as Ultra Europe has announced that the popular festival will continue to be housed in Split for another five years, until 2022.

This year’s main event will take place on July 14-16 at the Poljud Stadium in Split, home to Hajduk Split, and Ultra Europe also announced a sponsorship deal with the iconic club, the first time a major music festival has sponsored a football club.