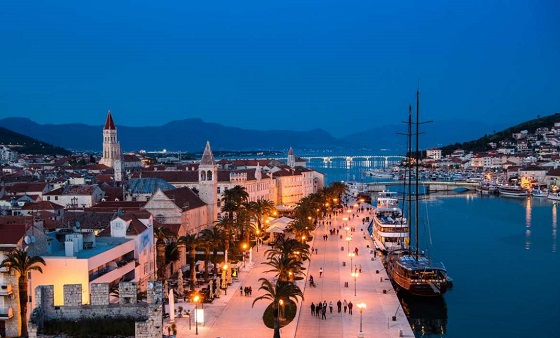 Ask the people of Trogir which infrastructure project has had the most impact on their lives, and you will only get one answer – the opening of the long-awaited Ciovo Bridge in July 2018.

As you can see from the photo above, the new 207 million kuna bridge (85% of which is from EU funds) connected to Ciovo from the mainland between Trogir and Split. This means that all Ciovo-bound traffic can get easily and quickly to that island without having to come through the UNESCO World Heritage Site of Trogir. Great news for tourists going to Ciovo, great news for tourists and locals in Trogir. 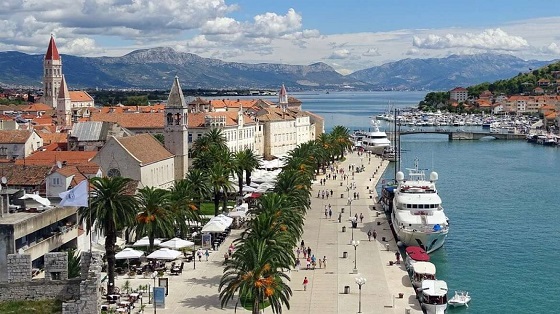 This is what life used to look like just a few years ago, with all Ciovo traffic heading through Trogir to the single bridge connecting to Ciovo. In peak season, this understandably led to many delays.

The new bridge has changed all that, and you can check it out in the video below. So if you have not been to Ciovo and Trogir for a while and were hesitant due to the traffic, now is the time to reconsider.

And there is even more good news for Trogir, as the town is not finished yet with its traffic upgrade plans, as Mayor Ante Bilic explained:

The new bridge has completely changed how Trogir functions, especially during the tourist season. It’s going to be 2 years in July since the grand opening, and we’ve almost forgotten how our lives were complicated on a daily basis before the bridge was built. Still, we are very thankful for this important traffic solution which made our lives easier and with more quality, not to mention how much more convenient it is for thousands of tourists visiting Trogir.
I believe the new bridge was also a symbolic beginning of a new era for our town. Trogir, of course, needs more traffic investments and solutions to make it even more seamless. Our partners such as Hrvatske Ceste and Županijske Ceste have some great new plans for us in the foreseeable future. Firstly, the reconstruction of the town’s western entrance, via Seget, which is a priority and then the main Čiovo road, from the old Bridge to Slatine. Maybe the most interesting project is making the old stone bridge a pedestrian area and building a new, small bridge starting from the bus station, that will connect the mainland with the old town peninsula. For sure, we have solved our critical traffic problem with the new Čiovo bridge but we are looking forward to new traffic projects.
To learn more about Trogir, click here.