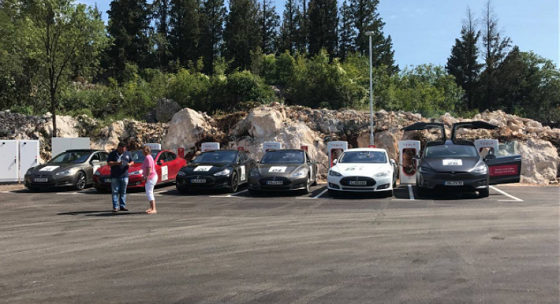 More good news for the increasing number of electric car drivers visiting Croatia in general and Central Dalmatia in particular.

This week saw the opening of the second Tesla electric supercharger station in the region, with the new facility in Vrgorac now officially open. Some me of the first visitors were the 50 electric cars in the Nikola Tesla EV rally, which passed through the region, visiting the Red and Blue Lakes in Imotski, Split and Dugopolje.

Dugopolje (in the car park of Hotel Katarina) is also home to a supercharging station. There are currently only three in Croatia (the third being in Senj), which means that once more Central Dalmatia is leading the way in tourism in Croatia. The electric car revolution looks set to take hold globally, and Central Dalmatia is busy with preparations to serve this new breed of tourist.