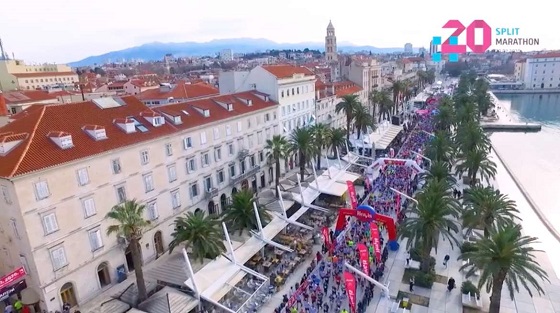 Another sporting milestone for the city with more Olympic medal winners per capita than any other in the world, as the Split Marathon turned 20 last month, upgrading its usual half-marathon race to an additional full marathon.

There were more than 4,000 participants in both events, coming from more than 40 countries. Not bad for the middle of February!

Split Mayor Andro Krstulovic Opara emphasised that this was excellent promotion and an excellent success for the organisers.

“This is the first time we have a marathon in Split. We’ve had a half marathon so far. We have grown into a beautiful event. The start took more than three minutes. More than three thousand people passed us, who ran the streets of the most beautiful city in the world,” the Mayor said.

Missed the action, or want to check out the beautiful Dalmatian capital in glorious February sunshine? Check out the official aftermovie in the video below.