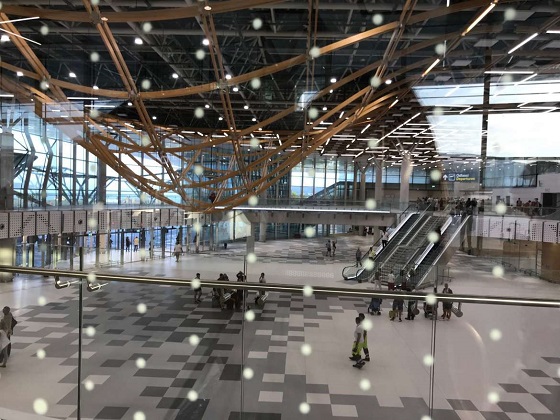 Wherever you look, tourism in Central Dalmatia is booming. The season is getting longer, more destinations inland are being explored, and tourists are now experiencing the rich offer the region has away from the beach.

For a look at just how rapid that growth has been, however, look no further than the passenger numbers of Split Airport, as well as the improving infrastructure in place to meet that growing demand.

This July, the new terminal at Split Airport finally opened, and initial feedback has been excellent, with no major teething problems with the new introduction. The terminal opening happened shortly after the completion of the dual carriageway into the city, and other innovations, such as a boat connection to the riva from nearby Resnik have added a new level of comfort in the arrival experience.

The passenger numbers are astonishing when put in historical context. With official numbers only for the first 11 months of 2019 available at time of writing, no less than 3,260,573 passengers have used the airport this year, another record year, and beating last year’s record (12-month) total of 3,124,067.

More interestingly is the rapid recent growth compared to other years. This year’s numbers will be an almost 50% increase on passenger numbers in 2016, just 3 years ago, more than double total numbers for 2013, and TRIPLE a decade ago in 2009.

And with more airlines announcing new routes for 2020, who knows what new records will be created next year.

To learn why so many people are flying to Split, learn more about the city.