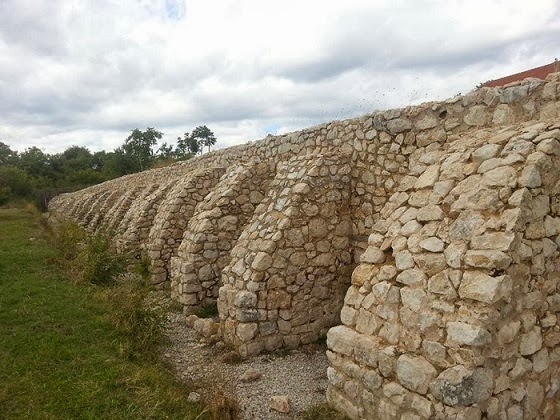 The town of Trilj, just north of Split and on the Sinj to Mostar road, does not seem to have too much going for it at first glance. It is located all on one through road, and I must have driven through it 100 times in my life with the only thought being if I would have to slow down for a traffic policeman.

It seems I have been missing something…

First up was a visit to the oldest working mill in Dalmatia, where little has changed in the 600 years of operation (learn more here). 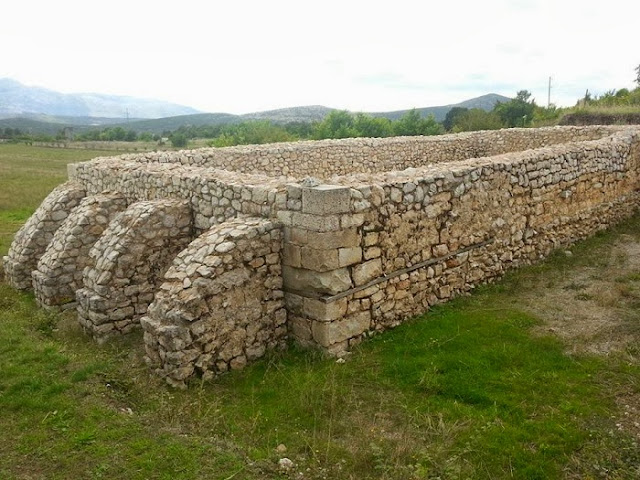 “And over this hill are the remains of a Roman military camp,” said Ante Latinac, former head of the Trilj Tourist Board, and my guide for the day. From the town, which is dominated by the Cetina river running through it, the hill did not look as though it was guarding anything special, but there were secrets dating back 2000 years behind it. 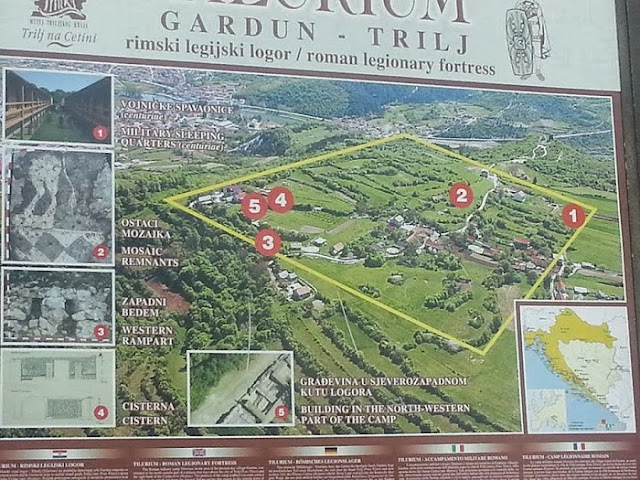 According to Latinac, the wife of former Croatian Prime Minister Sanader has been instrumental in uncovering the secrets of Tilurium, which is located at Gardun, just outside Trilj. Aerial photographs showed an unusual formation in the grass and, as the existence of a Roman camp was known, excavation began. 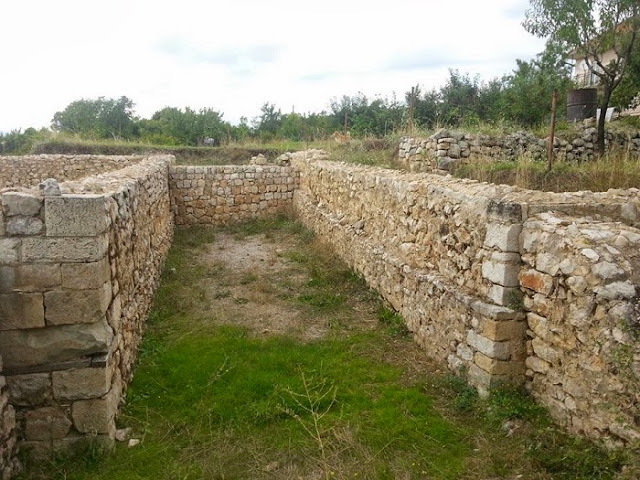 The former sleeping quarters are extremely well preserved. In the words of the information sign:

They are located in the south-eastern part of the camp, where the terrain gently slopes towards the south. Due to the levelling of the ground, the preserved substructures were filled with stone. Wooden beams were built into the walls, and their imprints have been preserved in the mortar. The beams visible on the facade were linked by vertical beams passing through the wall. The southern and eastern walls of the building were supported by buttresses, and afer the completion of the exploration, they have been conserved and partially reconstructed. The room enclosed by these two walls in the south-eastern part has also been conserved. The excavations have indicated that to the north, in parallel with the explored complex, there are other buildings consisting of the same structural elements, and this notion was used during the reconstruction of this complex. On the basis of this ground plan, we can rightfully assume that these were military sleeping quarters (centuriae), and in three cases such assumption has been confirmed by archaeological excavations. Originally, six centuriae made up a unit by one legion cohort, which numbered 500 troops. 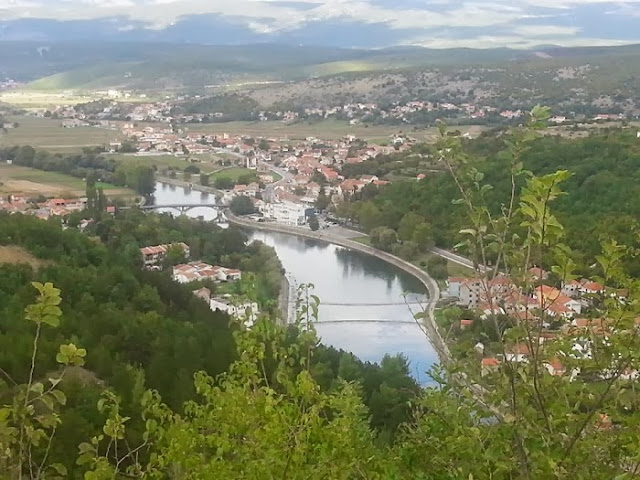 Trilj has long been an important post in the defences of the region, with its strategically important location on the way to Bosnia – here is the town from above, not far from Tilurium.

Excavation work has stopped, presumably due to funding issues, but Tilirium is an important part of the Roman road heritage of Dalmatia, a tourism heritage which the regional tourist board is looking to promote more heavily. 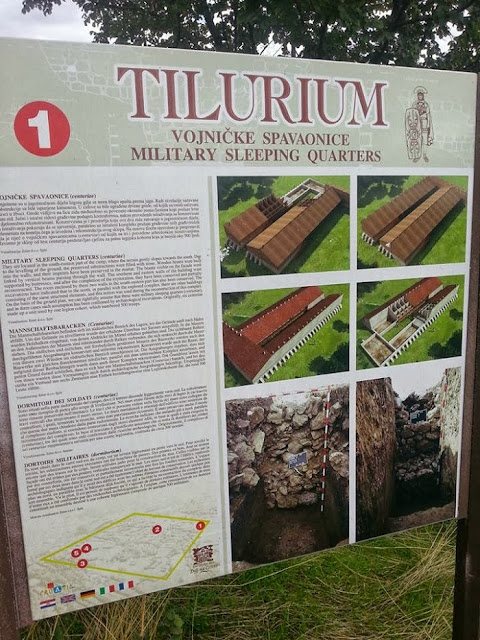 The site is open and entrance is free, with access through the courtyard of a very friendly local family, whose house is in rather a curious position – perched several metres above the sleeping quarters – and presumably directly on top of some other Roman treasures. 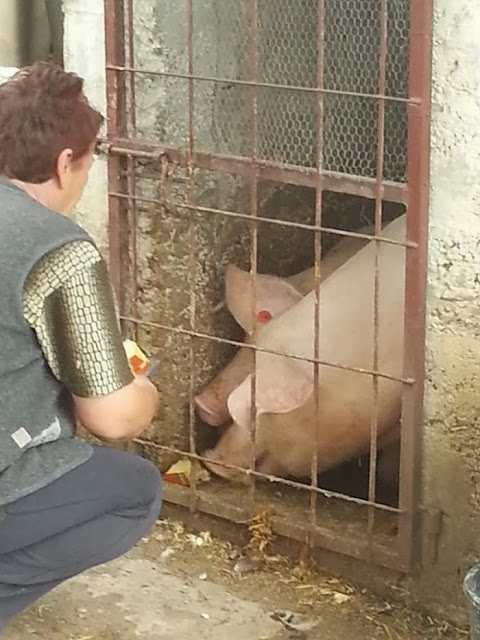 What was once military sleeping quarters is today an adventure playground for the local canine population.

Meanwhile, on top of the as-yet-unexcavated Roman remains, it is feeding time for the pigs. 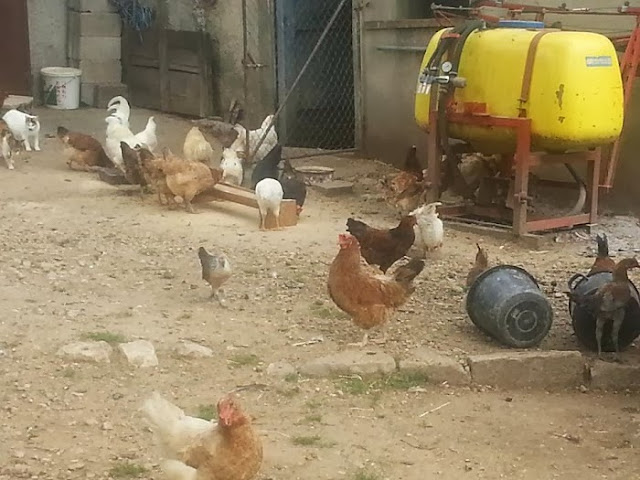 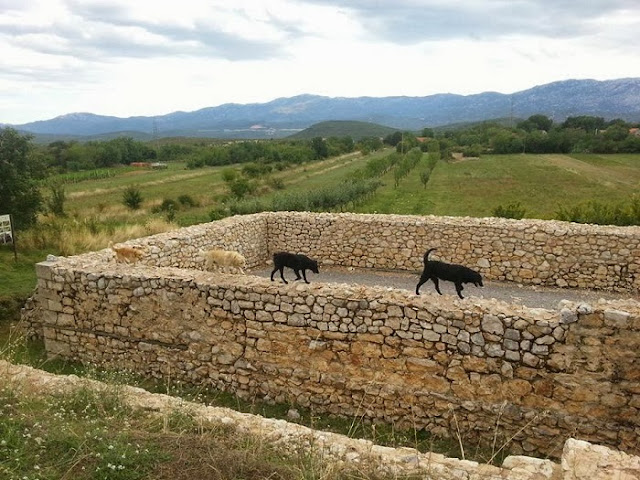 An exceptionally beautiful and tranquil place, and a fusion of modern rural Dalmatian rural living and thousands of years of history. So the next time you are driving through Trilj, wait awhile and find out what secrets are within its close vicinity. To learn more about Tilurium, click here.