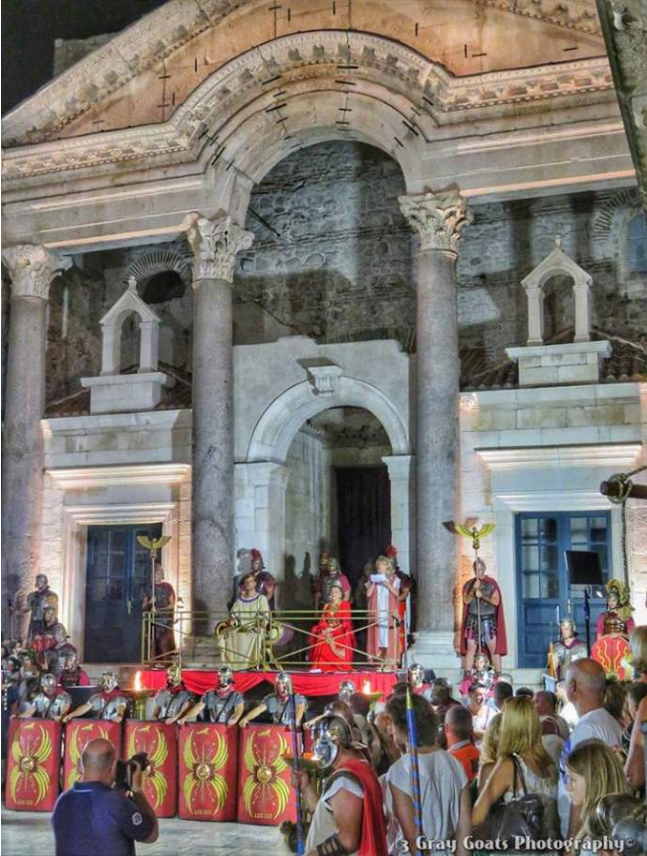 How to celebrate a palace built for a Roman Emperor?

Split’s premier tourist attraction, the UNESCO World Heritage Site of Diocletian’s Palace, was built as a retirement home for Roman Emperor Diocletian some 1700 years ago. The magic of the palace continues to ignite imagination, and the city has found a spectacular way to celebrate the traditions of Diocletian with a three-day Days of Diocletian spectacle in the heart of the palace every August.

Split then returns to Roman times. The opening night this year was very well-attended, and the dress code was very strict – toga and Roman head dress only. Some pictures from the opening night, courtesy of Gray Goats Photography – a Roman feast of food and entertainment, if ever there was one! 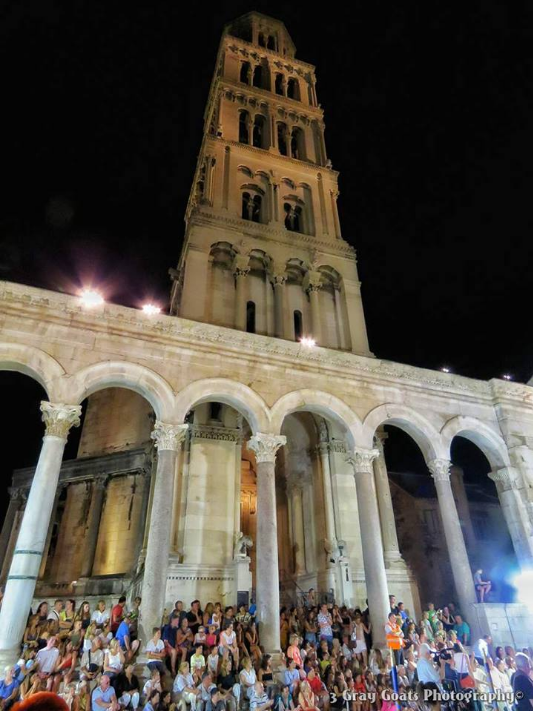 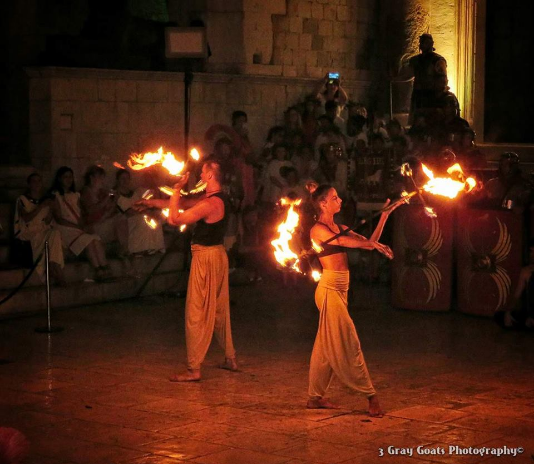 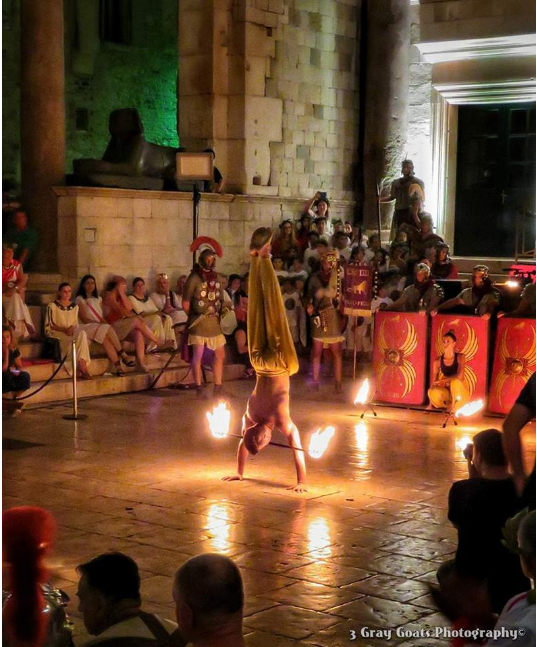 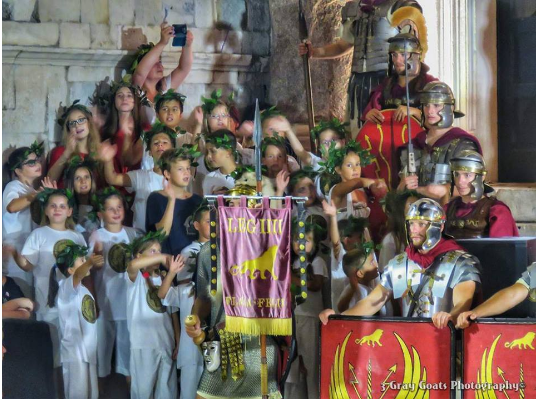 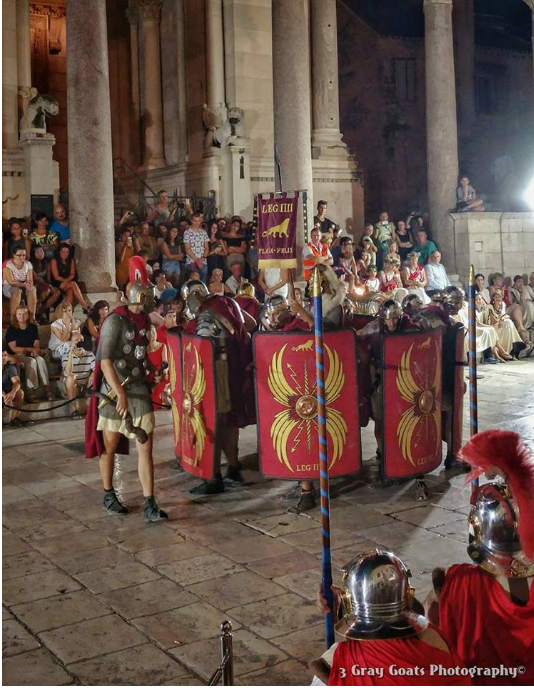 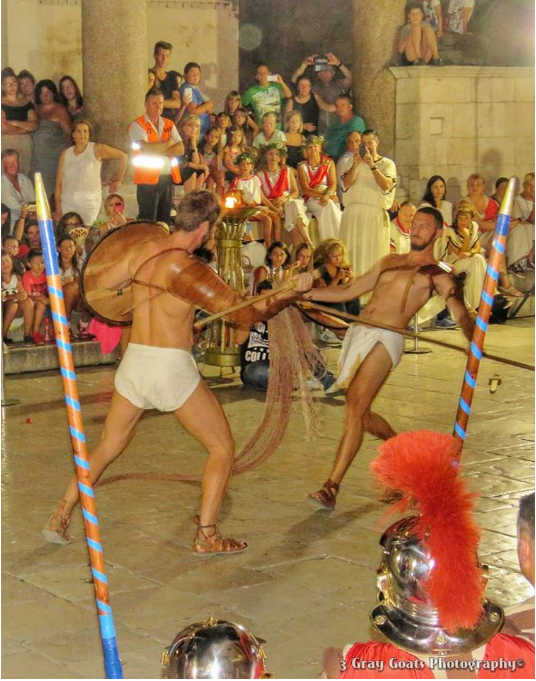 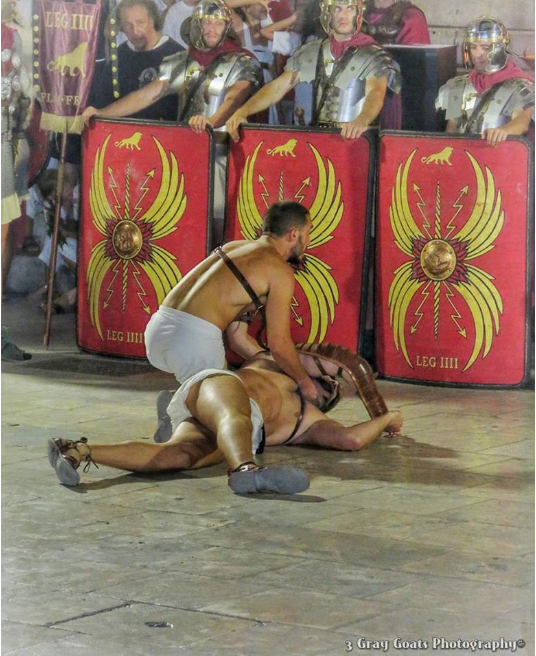 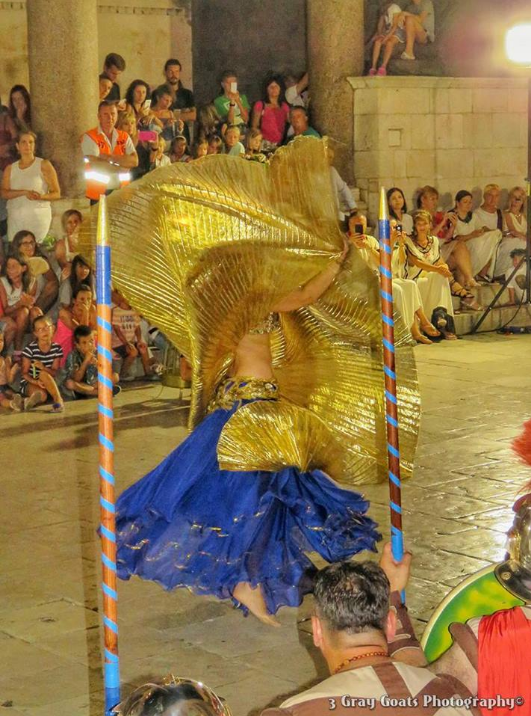 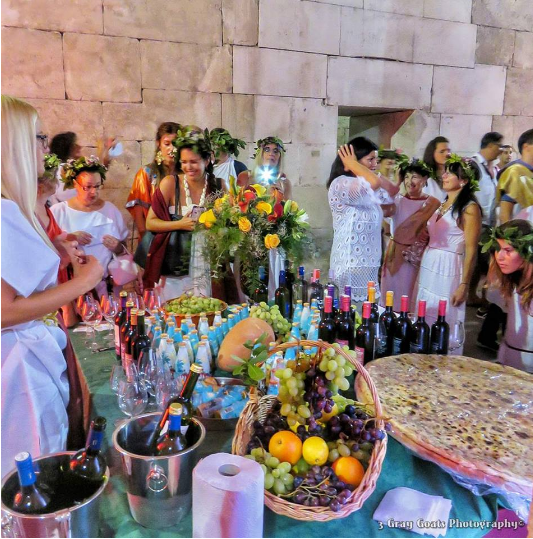