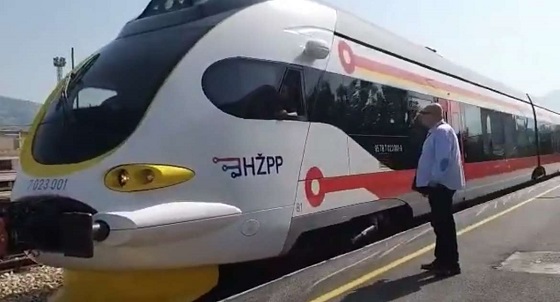 One more transportation upgrade for Split! The new Split metro system took off on June 9, with the city’s mayor Andro Krstulovic Opara and other officials on board for the inaugural journey from Kopilica Bus Station to the main port by Diocletian’s Palace. The journey takes just 4 minutes, costs 11 kuna and will run every 20 minutes.

One of the key aims of the new service is to encourage tour buses to use the facilities of the metro by parking at Kopilica, rather than the congested downtown area by the palace, and financial incentives have been put in place to that effect.

“The organisation of the Main Railway Station in Kopilica and the introduction of the city metro in the service of public transport is expected to reduce the pressure of vehicles, especially tourist buses at the centre of the city. Passengers can get to the center in just four minutes with the new metro and by using a single ticket that is valid for the train and bus, issued by the hour. City trains on the route from Kopilica – Ferry Port and vice versa will travel every 20 minutes,” reads the correspondence sent to travel agencies and signed by Deputy Mayor Nino Vela.

You can check out the first journey in the video above.