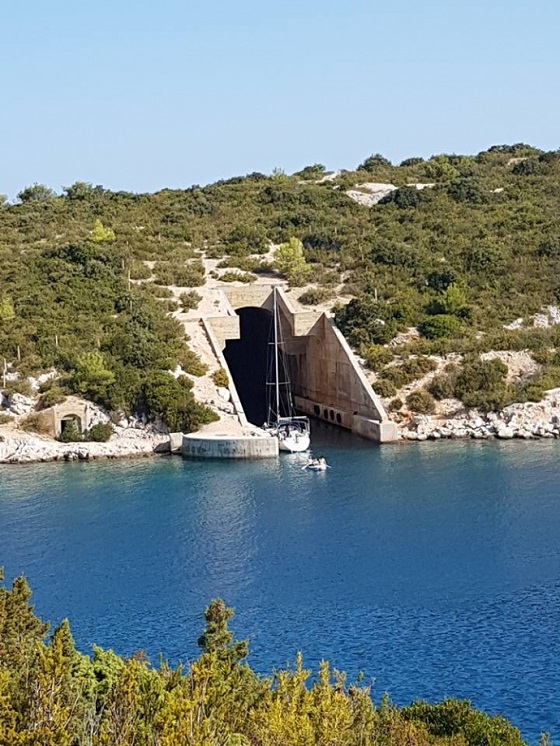 With their pretty stone towns and villages, gorgeous beaches and pristine sea, the islands of Central Dalmatia are a magnet for tourists each year, but each island also has its own personality and secrets of the path, none more so than Vis, which was actually closed to foreigners until as recently as 1991.

This was because it was a military island, housing some of Tito’s military secrets, and the modern tour of the island’s military history is one of the most fascinating tours in the region. On the surface, Vis looks such a tranquil island (and it is today), but its past has been one of occupation and fortified defences. It is home to one of Tito’s three submarine bases (the other two are on Lastovo and in Sibenik), impossible to detect from the air, but clearly visible from the road across the bay.

And the base is accessible for the modern tourist, either on an organised tour, or simply sail in, as we did recently, into a 110m submarine parking spot carved out from a Vis hill. Check out the video of the arrival experience below, or learn more about the attractions of one of Croatia’s most charming islands here.