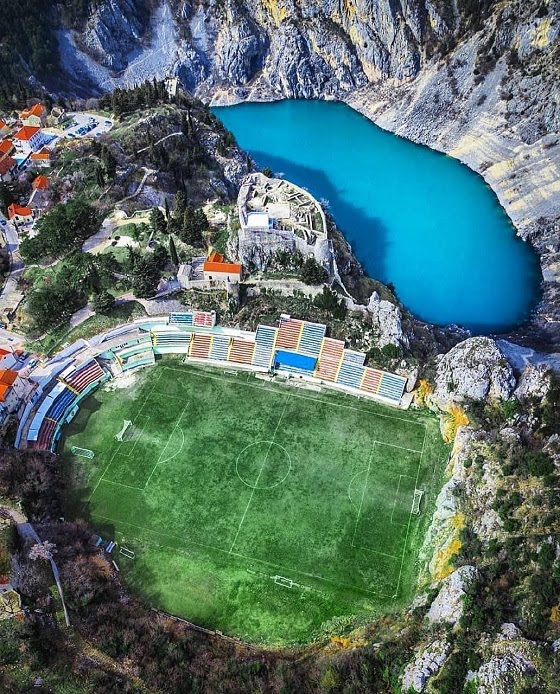 Did you ever wonder where Croatia’s World Cup heroes learned their skills on the football pitch?

Captain Luka Modric is well known for learning his close control and excellent distribution on the streets of Zadar, but Ante Rebic had an altogether different experience – with not one but two of the most unusual football pitches in Europe in his native Imotski.

Looking from the air, you can see the Imotski stadium built into the rock, so unusual that it regularly features in the top ten weirdest stadia in the world. But the real story is in the lake behind.

The Red Lake and the Blue Lake are the top attractions in Imotski, and the level of both varies according to the time of year. Once every few years, the Blue Lake dries out completely, and on those occasions, a traditional game of football is played between the Elves and the Werewolves.

Check it out in the video below – have you ever seen a more unusual football pitch?

Now learn more about the wonders of Imotski.