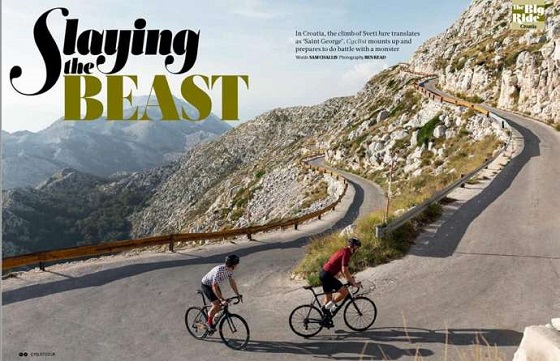 Another great chapter for the Central Dalmatia cycling story, as the world’s leading cycling magazine, Cyclist, has been checking out the roads of the region ahead of a big feature due out in the popular biking magazine this month. According to the Tourist Board of Imotski’s Facebook post:

The article in Cyclist magazine will be released in February this year and is perfectly timed to when cyclists begin to plan their travel for the upcoming spring season and summer of 2019. The spread comes out to a total of 16 pages in the most attractive part of the magazine. The headline reads “Flying High in Croatia”, while the article itself is titled “Slaying the Beast”.

In the editorial column at the beginning of the release, called “Ed’s Letter,” editor Peter Muir marks the rise to Sv. Jure as a “Must Do”, and the climb to Sv. Jure is considered one of the best articles ever published in the journal.

Fancy doing the ride yourself?

Learn more about Makarska and Imotski.