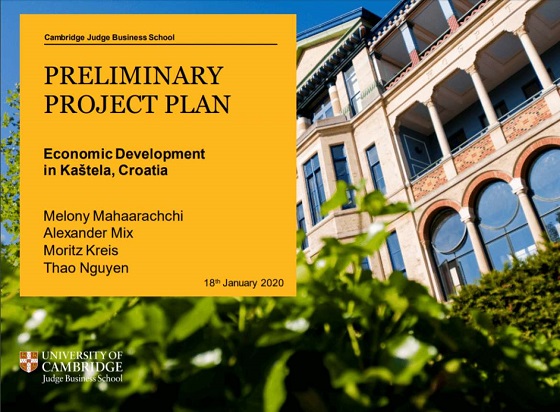 Very exciting news for the wonderful 7 Kastela villages next to Split.

One of the region’s sleeping giants in tourism, as well as the home of the original Zinfandel, a fabulous new partnership has been announced between Cambridge University and Kastela, which will see four eminent MBA students coming to the Dalmatian coast to work on an official MBA project for Cambridge University to work on the development of Kastela, with tourism a key element of any strategy.

The project will welcome the 4 MBA students from Cambridge to Kastela on March 16, when they will get down to work immediately before presenting their finished project the following month.

Among the students on the programme is Melony Mahaarachchi, the Sri Lankan Space researcher and scientist who worked for years on Elon Musk’s Space X and NASA’s Mars Rover programmes, and who was publicly endorsed on Facebook by none other than Melinda Gates.

Having conquered technologies in Space, here’s hoping that Melony and the team find the Kastela project a little less complicated while delivering similar excellent results.

To learn more about the seven Kastelas, click here.