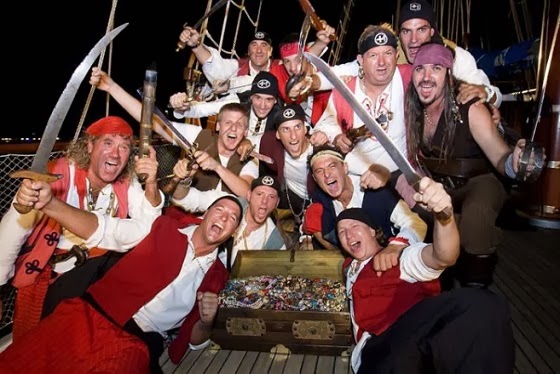 With the eagerly-awaited release of the new Game of Thrones series – much of which was filmed in Central Dalmatia – is Croatia about to get another major tourism boost from a blockbuster filming on location? In the words of Croatia Week:

Rumors are circulating in Croatia that Johnny Depp and the cast of Pirates of the Caribbean will be in town to shoot the latest in the popular series later this year…
Production company Embassy Films Croatia, who were also involved in Game of Thrones filming in Croatia, have advertised castings on their official Facebook page for those who want to appear as extras in a ‘pirate story’, with Croatian media reporting that the story is none other than Pirates of the Caribbean.
Casting and auditions will take place in Zagreb on Saturday 15 February, and in Dubrovnik on Tuesday 18 February. Filming is scheduled to start in March in Dubrovnik.
Johnny Depp and friends would obviously be very welcome, but is the Omis Tourist Board maybe responsible for this pirate interest in Croatia? The tourist board invited Johnny to Dalmatia in August 2012, for its own pirate show. Johnny couldn’t make it then, but perhaps this year in combination with a little filming. Check out the highlights of the 2011 Pirates of Omis Battle in the video below – a great event for all the family.