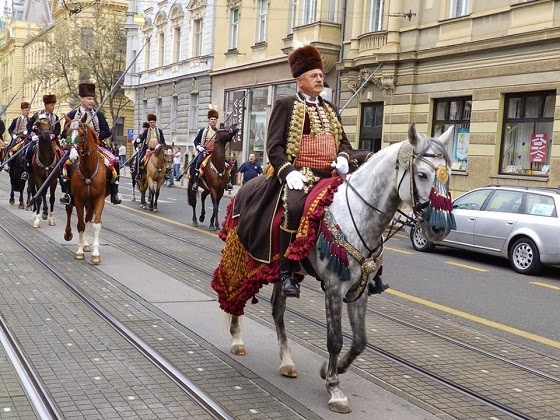 Named the best cultural event in Croatia in 2012, the importance of the annual Sinj Alka tournament to the history and tradition of Croatia cannot be overestimated. It is an event which is screened live each year on national television and is attended by various dignitaries, including the Croatian President.

And this year will be even more special for two reasons.

The knights’ tournament takes place each year in early August, a tradition which has been in place since 1715, after the famous Siege of Sinj where the Ottomans were repulsed. The Alka tournament commemorates that even each year, and this year is a very special anniversary – 300 years!

In preparation, the knights of Sinj have already paraded through the streets of Zagreb see above, and this year also marks a significant addition to the rich Alka story, with the opening of the Alka museum in Sinj, scheduled for August.

The Alka museum will be a year-round attraction for Sinj, one more reason to visit this fascinating town in inland Dalmatia, just half an hour from Split. Want to learn more about the Sinj Alka? Check out the official UNESCO video below.