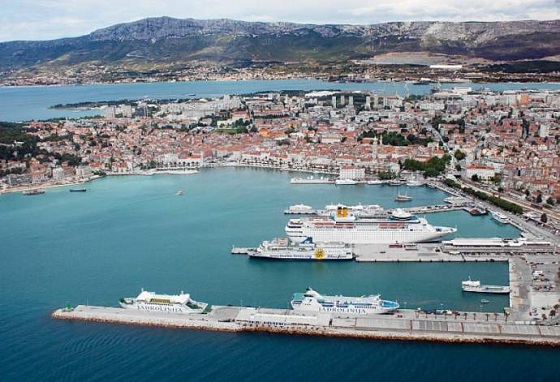 Once known as the Gateway to the Islands, Split has come into its own as one of the hottest destinations in Europe in recent years. Where once tourists might have wandered around UNESCO World Heritage Site Diocletian’s Palace while waiting for the ferry, these days tourists are staying for several days and discovering that this literally is a destination which has it all – sun, sea, mountains, history, culture, heritage, and great food and wine.

And with the large expansion of airlines and routes now services the Dalmatian capital, Split is also an excellent city break. With so many cheap flights from the UK, the sunny Dalmatian coast is just a short flight away to escape those grey British days, as one of the world’s most-read media, The Daily Mail discovered in a recent feature on the city.

Split, Croatia, is a glorious mix of labyrinthine old town and beautiful vistas

It is also a bustling, modern city and one of the area’s busiest ports

With the Dalmatian mountains behind and the islands of the Adriatic in front, the Croatian city of Split is a glorious mix of labyrinthine old town and beautiful vistas. It is also a bustling, modern city – population 250,000 – and one of the area’s busiest ports.