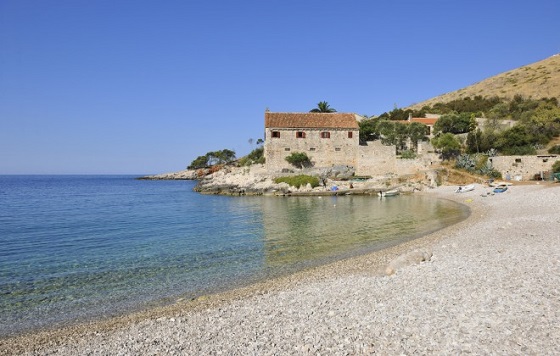 More good news and international acclaim for the beaches of Central Dalmatia, as leading travel guide gurus Rough Guides recently came up with their top ten list for Croatia.

And for lovers of the beaches of Central Dalmatia, it will come as little surprise that no less than five of the ten are in Central Dalmatia. Which ones, and what did Rough Guides have to say about our beaches? Read on…. 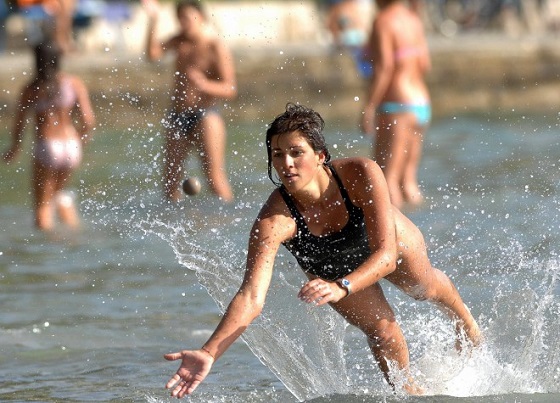 For many of its inhabitants Split is not so much a city as a religion, centred around a collection of semi-mystic locations. Among the holiest of holies is undoubtedly Bačvice beach, a shallow bay of sand and shingle that has played an important role in the early childhood and teenage years of virtually anyone who has ever called the city home. Immensely popular as a family beach, it’s also a buzzing social hub, with a café-packed pleasure pavilion rising immediately to the east. Bačvice is also famous for being the spiritual home of picigin, a uniquely Dalmatian sport that involves a lot of acrobatic leaping around as players try to prevent a small ball from hitting the water.

Four kilometres east of Postira on Brač, Lovrečina Bay is one of several beaches on the island that genuinely deliver what you read about in the brochures, with a sandy shore bordering translucent waters, and a ruined medieval church among olive groves just behind the strand. The fact that there is limited parking and no clear bus stop nearby helps to the beach from becoming overrun. Apropos rent out apartments in Postira, while Villa Adriatica up the coast in Supetar is one of the island’s cosier hotels.

The Renaissance port of Hvar enjoys a worldwide reputation when it comes to chic bars and racy nightlife. If a good beach is what you’re after, however, it’s best to get out of town. There are several good choices in the coves and bays to the east, of which the most attractive is Uvala Dubovica, a broad pebbly affair beside a historic manor house. The bay’s shallow nature makes it good family paddling territory, although it gets popular with yachts and motorboats in season. Otherwise, difficulty of access tends to filter out the guests – the parking strip on the main road above the bay is only big enough to accommodate about fifty vehicles. Rent a bike or scooter from Luka Rent in Hvar and beach-hop your way along the coast.

While many of Hvar’s beaches involve perching on a rock before stepping gingerly out onto a stony seabed, the silkily sandy Grebišće is absolutely perfect for smooth paddling around. Located 4km east of Jelsa just off the Sućuraj road, the beach is reached by walking through the Grebišće campsite. The beach itself is very narrow and contains very little shade, but the bay is both very shallow and sandy underfoot – which is why it’s such a popular venue for splashing around. Drinks and basic snacks are available at the campsite café or the Čorni Petar beach bar, nestling beneath trees on the headland to the east. 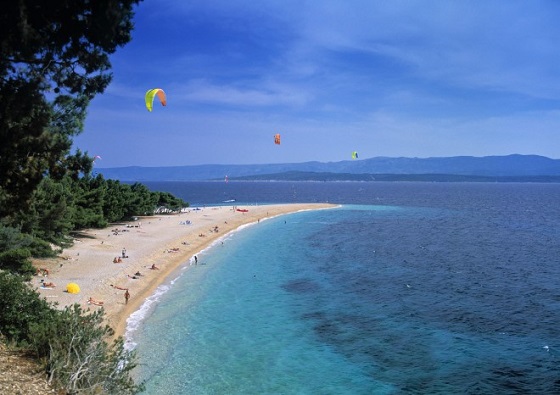 A silvery tongue of shingle extending into a turquoise sea, Zlatni Rat (“Golden Cape”) is very much the poster boy of Dalmatian beaches, pictured in countless brochures and guidebooks. The pebbly peninsula remains a compelling destination despite the crowds; indeed its clear shallow seas and gripping maritime views make it a difficult place to leave. It’s within walking distance of Bol, where More Travel or Adria will sort you out with accommodation.