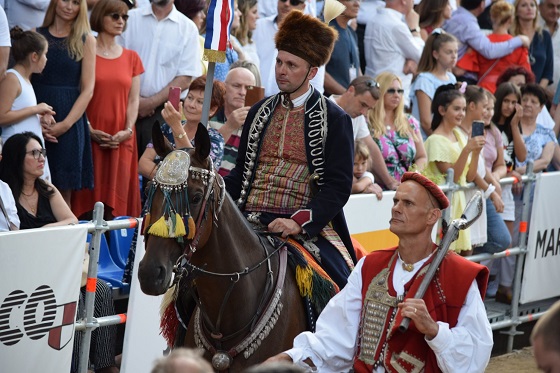 All eyes were on Sinj on the first Sunday of August, as the 304th Alka Knights tournament took place, an event which is always filmed live on national television and attended by the Croatian President and other dignitaries.

The last remaining knights tournament, the Sinj Alka has taken place every year since the early 18th century to commemorate the famous Siege of Sinj in 1715, when the town’s brave defenders managed to repel an overwhelming Ottoman army.

To become an Alkar is a huge honour, and one must be born in Sinj to qualify, and to triumph at the Alka is a magnificent achievement.

Congratulations to this year’s winner, Frano Ivkovic. You can see how Franjo came out on top in the report on national television in the video below.

To learn more about the destination of Sinj, click here.