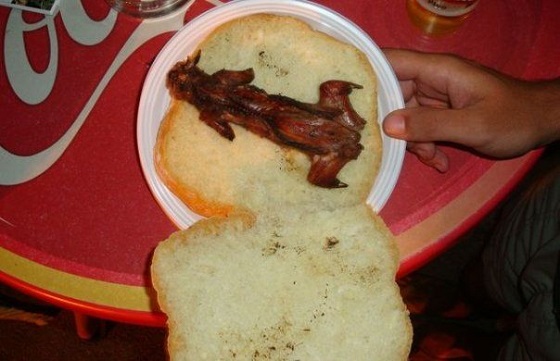 Travel is about new experiences, particularly food, and some of the most interesting tourist destinations have their own indigenous cuisine, which perhaps you might not indulge in back home, but when on holiday…

Several years ago, some enterprising locals from Dol on Hvar decided to celebrate this rather unique culinary tradition, and they founded a festival called Puhijada, which celebrated this and several other traditions of this fascinating inland village. It all starts on August 7 – see the full programme below and a video report of a previous Puhijada. For more information about Hvar, click here.

Puhijada – A Festival of Gastronomy, Culture, Sports and Entertainment
Dol, 7th – 12th August, 2017
PROGRAMME
7th to the 12th August The Dol Open
Balote (Croatian Bowls) tournament on the Balote court in Dol, every afternoon
MONDAY 7th August at 21:00, in the St Anne’s Parish Church
– Exhibition of paintings entitled , “Ča znodu dica“ (“What Children Know”) with musical accompaniment by the D-ante group.
TUESDAY 8th August at 21:00, in the Dom kulture – House of Culture “Vir”
A lecture by dr. sc. Mladen Domazet – “Trebalo je samo izdržati- don Ivan Kuničić 1917. -1918.”
(It just needed to be endured – don Ivan Kuničić from 1917 to 1918)
WEDNESDAY 9th August at 21:00, in the Dom kulture – House of Culture “Vir”
– Presentation of the book “ Dobri naši zahodi“ (“Our Lovely Toilets”) by Damir Carić
THURSDAY 10th August at 21:00, at the Church of Our Lady of the Village
– The premiere of the play “Kako se živilo pri” (“How we lived in the past”), from the book of the same name by Zorislav Posinković. Presented by the Petar Hektorović amateur theatre (junior group).
FRIDAY 11th August at 20:00, at the sports ground next to St Anne’s Church
– The final tournaments of the “Dol Open” Balota (Croatian Bowls) competition. Afterwards a party organised by the football club N.K “Sloga” of Dol.
SATURDAY 12th August,
– in the late afternoon – Puh – Doormouse free climbing, the clowns Bumba and Šarenka
– 20:30 – a performance by the children’s kindergarten group “Sardelice”
– 21:00 – the presentation of the 13th edition of “Tartajun”(the village magazine)
– 21:30 – a performance by the Klapa group Priženca
– 22:30 – a performance by the Bravo band from Split
– Midnight – the band “Mjesni odbor” from Šolta entertains…
Read more
We recommend

Stories from the heart

Please change your tracking protection settings in your browser in order to load this feed.

We use cookies on our website to give you the most relevant experience by remembering your preferences and repeat visits. By clicking “Accept”, you consent to the use of ALL the cookies.
Cookie settingsACCEPT
Manage consent

This website uses cookies to improve your experience while you navigate through the website. Out of these, the cookies that are categorized as necessary are stored on your browser as they are essential for the working of basic functionalities of the website. We also use third-party cookies that help us analyze and understand how you use this website. These cookies will be stored in your browser only with your consent. You also have the option to opt-out of these cookies. But opting out of some of these cookies may affect your browsing experience.
Necessary Always Enabled
Necessary cookies are absolutely essential for the website to function properly. This category only includes cookies that ensures basic functionalities and security features of the website. These cookies do not store any personal information.
Non-necessary
Any cookies that may not be particularly necessary for the website to function and is used specifically to collect user personal data via analytics, ads, other embedded contents are termed as non-necessary cookies. It is mandatory to procure user consent prior to running these cookies on your website.
SAVE & ACCEPT