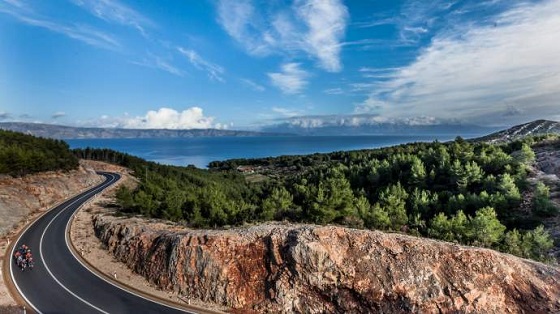 What a fantastic promotion for Central Dalmatia and cycling tourism!

One of the world’s top cycling teams, Bahrain Merida, whose 28 riders include world champion Vincenzo Nibali opted for the island of Hvar as the destintion for their 10-day winter training camp of 2017.

The entire Bahrain Merida team of 75 were accommodated at Hvar’s recently renovated cycling hotel, Pharos bayhill hvar, and the team were put through their paces on the deserted roads of Europe’s sunniest island.