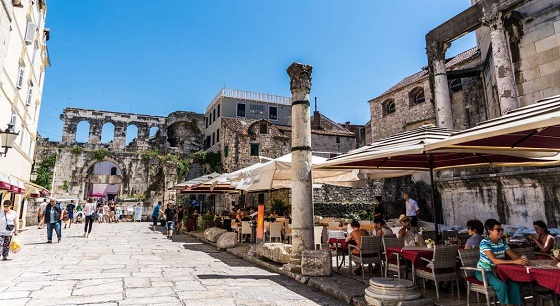 Split Tourist Board, Alijana Vuksic, announced that season 2020 kicked off with a bang, with an impressive 20% more tourists visiting the Dalmatian capital in January than the corresponding period in 2019.

In all, some 10,254 tourists visited Split in January, recording some 27,792 overnight stays, a 14% increase on last year. This was proof, according to Vuksic, that Split was becoming an attractive year-round destination for both local and international tourists.

“The trend of longer stays in the city is becoming more widespread in the winter, as evidenced by the fact that Slovenians had 1004 nights, registering a 74 percent increase, staying in Split for almost six days. However, the largest increase in arrivals in January in Split was from the Asian tourism market,” said Vuksic.

“In the past few days, Split and the Split Tourist Board staff have taken part at the New York Times Travel Show. This confirmed the interest of US guests to come and stay in Split as a must-see city once again. It is realistic to expect tourists from the USA to be the most numerous guests of Split in 2020,” concluded Vuksic.