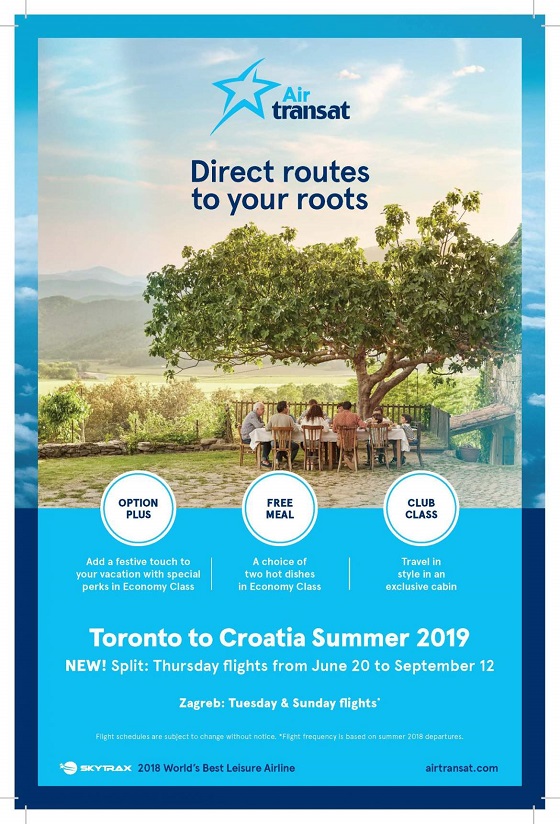 Great news for Canadian visitors to Central Dalmatia next summer, both tourists and the sizable Croatian diaspora, as Air Transat has announced it will be flying direct from Toronto to Split every Thursday from June 20 to September 12.

The direct link is welcome news for the increasing number of tourists visiting Central Dalmatia from North America, and it comes at a time when Split is expected to welcome more than 3 million passengers a year for the first time in its history.

The huge rise in tourist numbers has necessitated upgrades in infrastructure, and work is currently ongoing with the new airport terminal in Split, which is scheduled to open in July 2019.

An important event for tourism professionals in Central Dalmatia later this month, as the second edition of Split B2B will take place once again at Hotel Cornaro. The event, organised by the Association of Destination Management Companies of Dalmatia, brings together specialist agencies from around the world who offer niche tourism in neighbouring countries to Croatia, but do not yet operate in Croatia.

The event begins with a 2.5 day familiarisation trip of Central Dalmatia, visiting many of the top sites on the mainland and islands, before the key event – workshops with Croatian specialist agencies operating in that niche, who are looking for more international partners.

Last year’s event focused on the gourmet sector, with the international agencies taken on a gourmet tour of Omis and Neretva, the island of Brad and Kastela. This year’s niche focus will be on youth and heritage/archaeological tourism, and Split B2B will run from October 17-20. 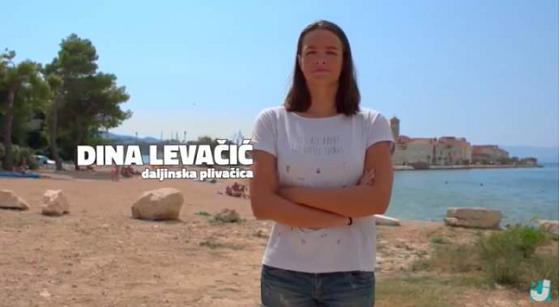 Eternal Solin, the ancient town of Salona, has a rich Roman heritage, and its outstanding ruins are the prime attraction of this pretty little town next to Split. But while Solin has a majestic and well-documented history, it also has a very vibrant present, and several of its citizens have achieved great things in the sporting arena. The Solin Tourist Board has celebrated those sporting achievements against a backdrop of the numerous attractions of Solin the destination in a new promotional video, which you can see below, as well as learning a little more about the modern heroes of Salona.

Dina Levacic, Croatia’s famous marathon swimmer who is the second woman in history to complete the triple crown – the Manhattan Island Marathon, the California Gulf from Catalina Island to San Pedro, and La Manche – in 90 days. In August 2018, Dina swam the 48-kilometer long Molokai Channel to Oahu Island.

Judo star Ana Viktorija Puljiz, the European Cadet Champion and winner of the Drazen Petrovic Award, which is given to gifted young athletes and teams in both competitions for outstanding sports results and sports development.

Sports shooter Marija Marovic, who holds the country’s record for air pistols in individual and team events, is a finalist in Europe and is a Croatian Olympian.

Lovre Kalinic, goalkeeper of the Croatia national football team, won the silver medal at the 2018 World Cup in Russia.

Marijan Stipanov is an avid cyclist and marathon runner, and Stipe Rezic is a young entrepreneur and innovator who created mushroom coffee. Rezic won 1st place at the “Global Opportunities Beyond Borders” event and was nominated for “StartBootCamp” in Rome. 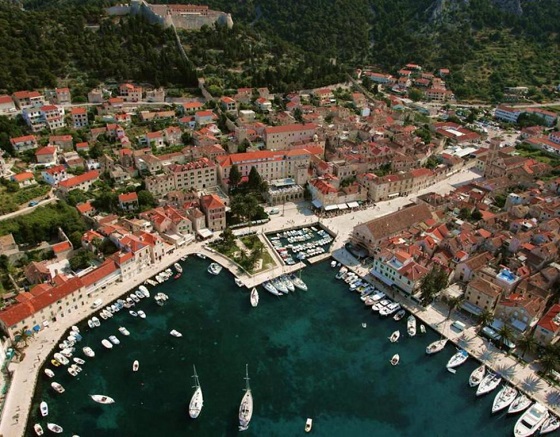 It has been quite a year for Hvar Town, which this year is celebrating 150 years of organised tourism in Europe, after the town was the first to open its doors to organised tourism with the founding of the Hvar Health Society way back in 1868.

There have been various celebrations throughout the year, and the next major tourism event to take place will be the annual Days of Croatian Tourism conference, which will bring more than 1,000 tourism professionals and experts to Hvar for a series of presentations, workshops and seminars, as well as prizes for the best examples of tourism in Croatia in 2018, included the coveted title of Best Destination in Croatia 2018.

The two-day event begins on October 24 and will be hosted in a variety of locations, including Veneranda, Arsenal, the City Loggia and Suncani Hvar Hotels. There is still time to register on the Ministry of Tourism website, which you can do here. 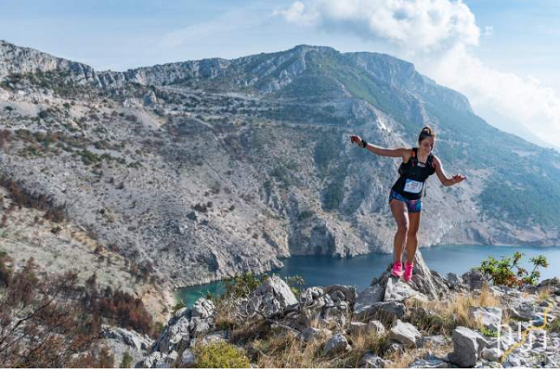 One of the most exciting developments in tourism in Central Dalmatia in recent years has been the explosion of adrenaline sporting opportunities. There have been thousands of kilometres of cycling trails added, for example, and the Tour of Croatia is now a fixture, while on the water sea kayaking has become a must-try activity for many while visiting the region.

And then there are the REALLY challenging activities, where you have the chance to discover not only the beauty of the Central Dalmatia less travelled, but also to test your body to the limits in surely one of the world’s most beautiful races – Dalmatia Ultra Trail.

This year’s race, which will be held from October 19 to 21, has attracted more than 800 participants from some 40 countries, and it will cross five mountains; Biokovo, Mosor, Omiš Dinara, Primorje, Kozjak, three rivers; Cetina, Zrnovnica, Jadro, and famous historical and cultural sites such as the Fortica, Klis Fortress, and ancient Salona.

The Dalmatia Ultra Trail race itself will launch competitors into a time machine. The start will be marked by the shot of a pirate’s pistol as competitors travel through ancient history, battle up to the Fortress, trek through the abandoned villages of Croatian labourers, enjoy the Dalmatian karst, and the breathtaking views of the sea, river and canyons.