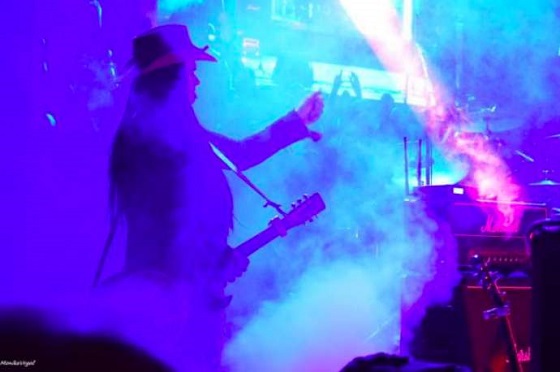 One of the joys of discovering Central Dalmatia is that you don’t quite know what is around the corner. Would you expect to find an international blues festival in the heart of Trilj, for example?

The two-day program in Trilj will boast a series of activities focused on blues music. The first day will be reserved for children and teenagers who will enjoy an educational program called “Blues at School”, a documentary from last year’s Thrill Blues Festival will be shown, there will be an exhibition, and in the evenings, a welcome jam. The second day of the festival is dedicated to the gastronomic delicacies of the Trilj region, because Trilj has always been known as a “gastronomic mecca”. The already good atmosphere will be heightened by the best names in world blues.

The thrill of the festival will be in the performers themselves. For the best of blues, apart from the Sinj and Trilj powers D’Bluz and Ozon, guests will enjoy James & Black, Fire Rats, Tomislav Goluban, and guitar virtuoso Vlatko Stefanovski.

The festival will officially open with a special guest of Thrill Blues Festival coming from Memphis, Mr. Jay Sieleman, a long time director of the Blues Foundation and the International Blues Challenge, and the founder of the Blues Hall of Fame.

Take a look at the after movie of year one in the video below. To learn more about Trilj, click here.

One of the many indigenous grape varieties on the Croatian islands is Drnekuša or Darnekuša, a red grape found almost exclusively on the island of Hvar. Genetic testing has proven that it is an indigenous grape related to Plavac mali and Bogdanuša, and it has also shown that a variety found on Vis, called Glavanjuša, is actually genetically equal with Darnekuša. The historic records show that, unlike other indigenous varieties of Dalmatia, it was never really cultivated anywhere other than those two islands.

And, obviously, the production of the wine from the grape is not huge, for both the reason of very narrow location where it’s grown, and also because more popular varieties (and sturdy) pushed it out of the way. In the past it was not used to make varietal wines, it was highly thought of as a part of the blend used to make prošek. The yield is quite high and the quality of the grapes is rather high on the good years, when the conditions are optimal, since it reacts to bad conditions and is prone to a lot of diseases. It was traditionally used to increase the quality of other local wines, including Plavac Mali, and that is where it’s still usually found, in Plavac Mali vineyards, as it is rarely planted on its own.

One of the first recent winemakers on Hvar who started making the varietal wine using Darnekuša is Ivo Duboković, whose Laganini is a very light red wine (which explains the name), alcohol content of mere 11,5%, grown in Svirče, with interesting strawberry and cherry flavour with the Mediterranean herbs on the nose. Other winemakers that have been producing varietal Darnekuša on the best of years, when it has the potential to stand on its own are Plančić (his Darnekuša was a bit stronger, at around 15% alcohol content, and some of his vintages were aged in oak; he’s not making them any more but his 2004 and 2005 are dearly remembered), and Carić, who decided to make a rose in 2012. And, yes, there is another very significant Darnekuša rose out there, Rosina made by the Master of Wine Jo Ahearne, a true gem if we are to trust those who have tried it and are looking forward to the full-bodied red to be ready.

To learn more about the wines of Central Dalmatia, click here. 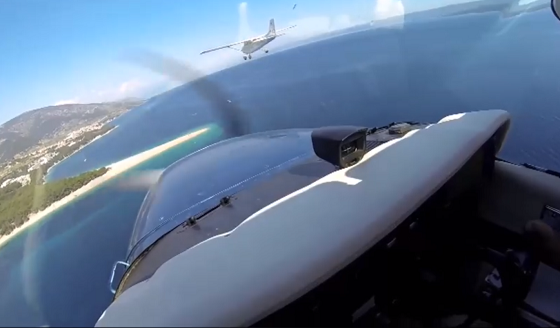 Have you ever considered admiring the beauty of the Central Dalmatian coast and islands from above? Wondered what it is like to fly low over iconic beaches such as Zlatni Rat? Hop over island after island in just a couple of minutes?

A wonderful video from Wings of Brac, giving a nice taster experience of what you can expect in the skies of Central Dalmatia this summer. There are several panorama flight services all over the region, so check with your local tourist board for your nearest option.

More international column inches for Central Dalmatia and its gorgeous navigable islands, as The Week embarks on a voyage from Split around the Pakleni Islands, Hvar, Vis and Bisevo:

“At Split harbour on the Croatian coast, I was welcomed aboard the Eleganza, a traditional Turkish gulet that can accommodate up to ten guests, by Vlado, the captain, and his crew of three. The four cabins and one master cabin each have a bathroom and a double berth (double bed to landlubbers).

“Satisfied my cabin was shipshape and Bristol fashion, I sat down to a dinner freshly prepared by chef Zeljko using ingredients bought locally. Grilled sea bass followed seafood risotto, and there was a cheesecake for dessert, all washed down with one of the many local wines.

“The dining table sat under a canopy that ran the length of the main deck. A sofa spanned the width of the deck, offering respite from the midday heat, while the sun deck at the bow was just the place for a late-afternoon nap. In the morning, we sailed south between the islands of Solta and Bracto, known as the Split Gate, for the verdant island of Hvar located two and a half hours away.” 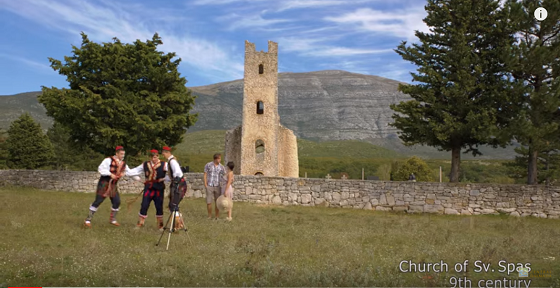 While most people think of beaches, islands and the pristine Adriatic when they think of Central Dalmatia, that is only part of the story.

Away from the coast lies one of Europe’s most intriguing and lesser-known regions – Zagora, or inland Dalmatia as it is commonly known. UNESCO World Heritage Sites, traditions dating back hundreds of years, adrenaline tourism to match anywhere in Europe, natural beauty, unique indigenous wines and gourmet delights, more than two millennia of history, and culture and tradition at every turn.

Take a video tour of the undiscovered beauty of the Dalmatian hinterland, a side of Central Dalmatia that an increasing number of tourists are beginning to discover, and with good reason.

To watch more of the Central Dalmatia Tourist Board videos, subscribe to their official channel here.