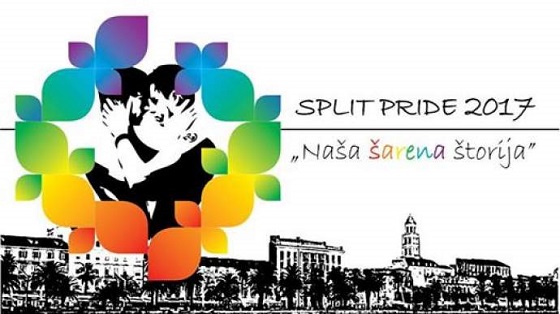 Central Dalmatia is a diverse destination, and welcoming of all visitors, and there should be plenty of colour again this June, as Split Pride 2017 takes place for its annual procession.

The Split Pride procession will commence on its regular route on Saturday, June 24, 2017. The gathering will begin at 17:00 and at 18:00, the procession will take off from Đardin and continue onto Ulica kralja Tomislava, Marmontova, and across to the Riva and Pjaca where the Pride flag will be raised for the fifth time. 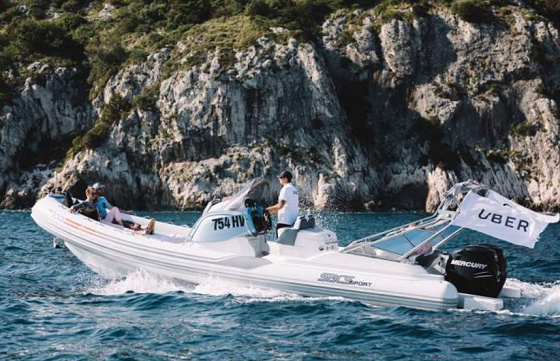 One more great transfer option for 2017 on the high seas of Central Dalmatia!

For taxi, think boat. Starting next week, the Uber app will have a special section for boats, and you will be able to hail your own own Uber transfer to Central Dalmatia’s picturesque islands.

The initial offering will have a route from Split and Split Airport to Hvar, with on demand boat services available for other destinations, charged by the kilometre. Check out the UberBOAT promo video below. 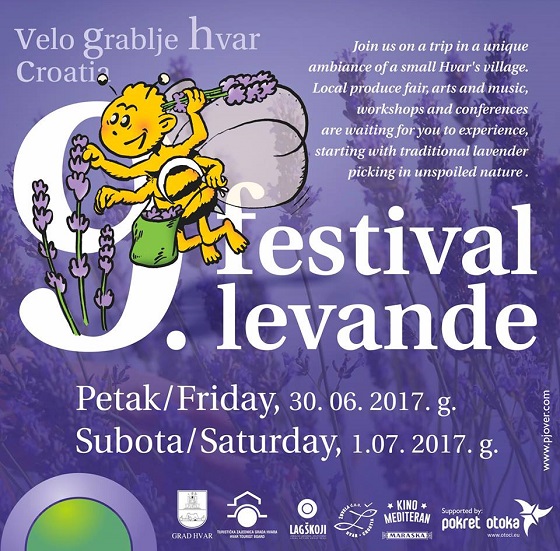 It is the island of sunshine, UNESCO heritage and fabulous beaches. Hvar is famous for many things, including one which sets it apart from many others – its aromatic lavender.

June and July are wonderful months to visit Hvar, as the island’s lavender is in full bloom, and it is a joy both to see and smell this most aromatic of plants.

One small village, Velo Grablje, has taken its lavender heritage very seriously. Once the centre of lavender production for all Dalmatia, the village suffered from mass emigration, with the permanent population reduced to just five until recently.

The village is now undergoing something of a renaissance, due to the efforts of the younger generation, who have worked hard to restore some of the traditions and heritage of the village, particularly lavender. The village has slowly grown in population, from 5 to 14 over the last decade, and there is a restaurant and winter pub as well.

At the heart of everything is the annual lavender festival, a two-day event now in its ninth year, which takes place this year on June 30 and July 1, a chance to learn more about the unique traditions of the Dalmatian way of life, as well as taking part in the lavender harvest and distilling of the much prized lavender oil. To learn more about Hvar, click here. 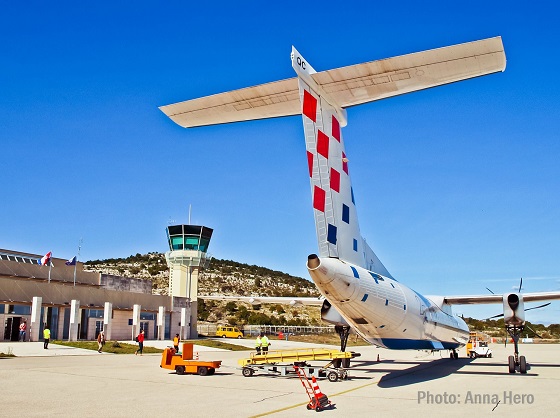 Much has been written in recent months about the expansion of airports on the Dalmatian coast, and Split Airport in particular is enjoying a record boom.

But look a little further south, and there is another fabulous story to be told, on the small airport near Bol on the island of Brac.

A slightly larger airport than before, at least its runway, which was recently upgraded and prolonged, so that the island could take in larger aircraft.

And they have started coming. A historic flight from TUI last month, the first direct flight from the heart of Europe in Brussels, which touched down on May 23, 2017, the first of what is planned to be a number of direct international flights.

Getting to your island paradise in Central Dalmatia is getting easier. To learn more about the island of Brac, click here. Below, the historic flight arriving. 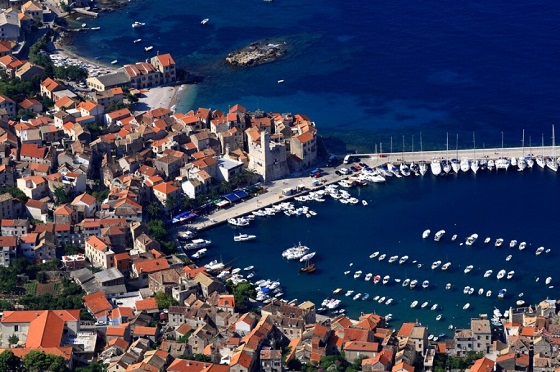 More international column inches for the idyllic islands of Central Dalmatia, as three of the four main islands have made the list of The Daily Telegraph’s top islands in Croatia.

And for very different reasons! Three islands, named the best for the what they offer, thereby showing the true diversity of the Central Dalmatian island experience.

Hvar is named as the best island in Croatia for nightlife.

Brac is named the best island in Croatia for watersports.

Vis is named the best island in Croatia for food.

And we could certainly add a few more reasons why these islands, as well as Solta, are among the best holiday destinations on the Adriatic. To see the full list, click here.

To learn more about Hvar, Brac or Vis, click on their names in this sentence.