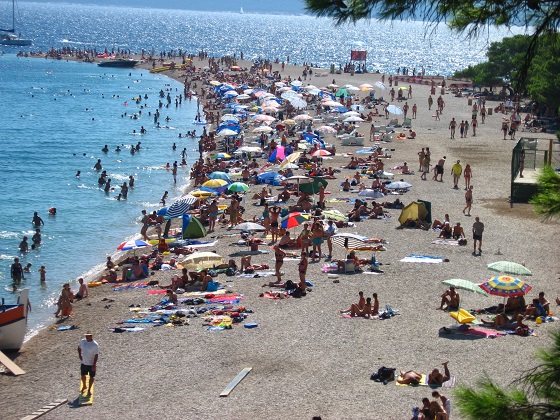 The beaches of the Makarska Riviera have always been a major attraction to holidaymakers in Dalmatia, and with very good reason! A wide variety of stunning beaches overlooking the pristine Adriatic make it an ideal spot for a relaxing holiday.

The tourist numbers this year are going to break post-war records, with the millionth overnight stay for 2013 expected in October, according to a report in Dalmacijanews. The numbers are up 11% for the first 8 months of the year compared to the corresponding period in 2012, while August alone was up 12%.

Tonci Lalic, head of the Makarska Tourist Board told the news portal that the major tourism growth this year has come from Poland, up 36%, while Bosnian guests were second – up 6% despite an EU border now separating the two countries. Other notable increases were Germans, Norwegians, Swedes, Italians and Croatians. 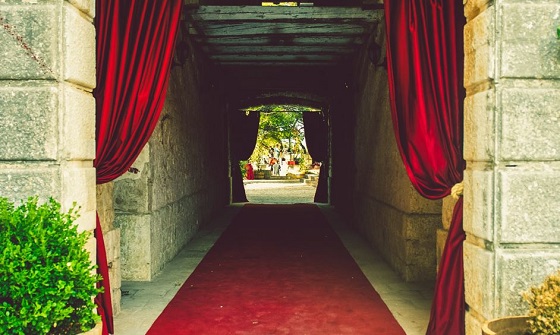 Dalmatia has a rich and varied cultural heritage, reflecting – among others – the Greek, Roman and Venetian eras, whose architectural legacy is there for all to see and enjoy.

The island of Vis also has a very strong British tradition dating back to the 18th Century, and it is on this island where one can find the oldest cricket club in mainland Europe, for example.

And there are fortresses, built by the British and still defining monuments on the island all these years later. A sad reality of the troubled economic times is that there is less money available for maintenance, and several buildings are therefore falling into disrepair.

One fortress which looks as though it has a bright future, however, is Fort George on Vis, which last weekend celebrated its 200th anniversary, and distinguished guests included British Ambassador David Slinn and British Vice Admiral John McAnaly.

The fortress, which is now being operated by European Travel Ventures under a 25-year concession, has opened as an arts facility, complete with restaurant, outdoor stage and arts venue, while undergoing extensive renovation. To learn more about the new-look Fort George, click here. 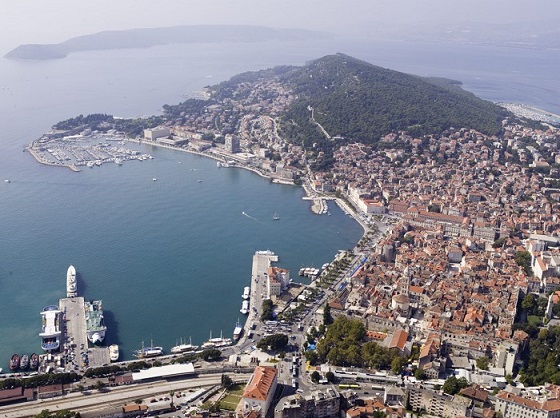 There is no denying that the international profile of Split and the Dalmatian coast in general has been raised in the last year, and there are now many more column inches about – and visitors to – the city. The latest piece to appear in the international press is from Fox News, whose article 6 Charming and Affordable European Cities You Haven’t Visited Yet includes the Dalmatian capital. Here is what they had to say:
SPLIT, CROATIA
History comes alive on the Mediterranean
You don’t have to remember the name Diocletian to have a blast in Split, a city of more than 250,000, but you can thank him for pioneering the notion of Split as a lesser-known Mediterranean getaway. A Roman emperor who abdicated his position in the face of rival claims, Diocletian built an amazing palace here, completed in A.D. 305, and to this day the city has one of Europe’s finest collections of Roman ruins.
Why Split is second to none. From Diocletian’s day to the present, Split has done an exceptional job of preserving its past, making it a first-rate destination for immersing yourself in living history–even in the face of the civil war that rocked Croatia in the 1990s. This UNESCO World Heritage Site invites you to balance your beach-going and nightlife with visits to its Roman ruins, medieval forts, Romanesque churches dating back to the 12th and 13th centuries, plus Gothic, Renaissance, and Baroque palaces and other noteworthy buildings; a historic district, archeological museum, and of course the ruins of Diocletian’s palace round out the historical offerings.
Must-see sights. When you yearn to return to the land of the living, drop yourself on Bacvice beach, a crescent-shaped stretch of sand that rivals any of the tonier–and pricier–Mediterranean beaches. We won’t tell if all you want to do is stretch out on a blanket and soak up some rays. But when the sun goes down, dip a toe into Split’s lively bar scene, with popular “crawls” around the neighborhood of the Roman palace ruins. In the morning, get classy again with a trip to the Metrovic Gallery, spotlighting the work of Croatia’s best-known sculpture, Ivan Mestrovic.
Where to eat. Buffet Fife serves big portions of grilled local meats and fish (Trumbiceva Obala 11, 385/21-345-223).
Where to stay. Hotel Globo is a 10-minute walk to Split’s historic district (Lovretska Ulica 18, hotelglobo.com).
Get there. Split is 140 miles northwest of Dubrovnik, Croatia, a three-hour drive.
To read the whole article, click here.